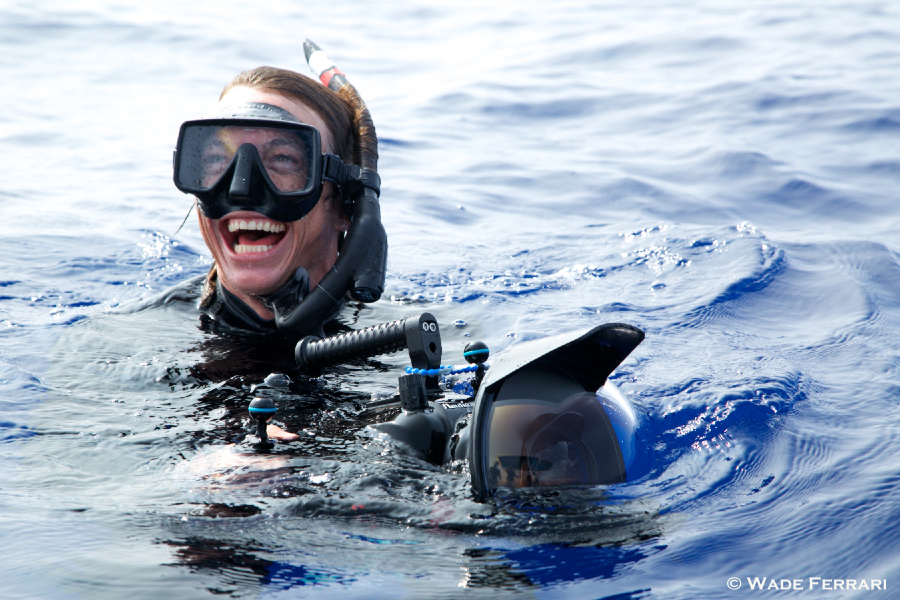 "The production is tightly edited and high-grade in all tech departments, its undeniable highlight being Groark’s footage of brilliantly colored life beneath the ocean surface" - Variety Magazine

"The doc's underwater sequences, captured by expert cinematographer Bryce Groark, speak as eloquently as Earle about the beauty and fragility of the oceans" - The Hollywood Reporter

In 2004, he started Living Ocean Productions, on the Big Island of Hawaii, with the goal of bridging the gap between the scientific community and the general public - through powerful imaging and storytelling. With more than 5000 hours filming underwater, Bryce has created meaningful and innovative programming covering issues in more than 40 countries.

For years, his efforts and images have worked to showcase the matters surrounding sharks, whales, reefs and cultures worldwide. In 2010, Bryce assisted in helping Hawaii become the safest place in the world for sharks, with the passing of SB2169 - a Bill which prohibits the possession, sale or trade of any shark fin products in the state of Hawaii. Since its passing, SB2169 has been a catalyst which has sparked similar shark legislation in multiple countries and more than 10 other US States and Territories.

In 2011, Bryce co-founded Ocean Preservation Alliance - a hybrid business connecting the yachting and scientific communities through world-class exploration. OPA's success was making science and discovery relevant in yachting and this opened up new opportunities for collaboration, funding, and solutions.

Bryce also sits on the International Board of Directors for WildAid and has his fine art photography, on recycled slabs of aluminum, represented at New River Fine Art on Las Olas Blvd in Ft Lauderdale, Florida.