Aquaculture Films: THE BUSINESS OF FISH IN TURKEY - 2015 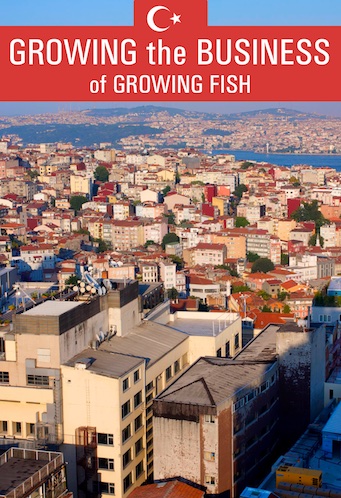 Kilic is the largest vertically integrated fish farm operator in Turkey and one of the largest in Europe, raising seabass, seabream and meagre in marine cages, and freshwater trout in dam lakes.

A 2007 directive from the Turkish government to move all marine cages 1.2 kilometers offshore allowed the company to sustainably grow its operations with cutting edge technology, increased efficiency, and minimal environmental impact. Increasing the sustainability of its feed by replacing fishmeal and fish oil with alternative proteins such as U.S. grown soy will help to further grow the business of growing fish, and lessen pressure on threatened wild fish stocks.