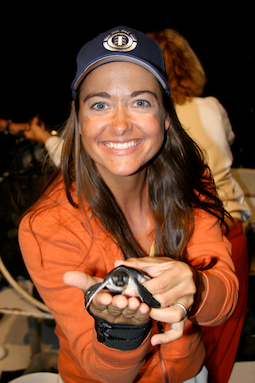 As a Producer and Co-Founder of Living Ocean Productions, Jen has a hand in all of the projects Living Ocean is involved with from pre-production to writing, shooting and editing the final piece.

She has spent years working as an underwater camera operator and assistant as well as teaching countless Coral Reef Ecology Classes to thousands of visitors in Hawaii - while logging over a thousand dives all over the tropical world. Jen also works as an underwater model for both film and print.

A shark advocate for more than 15 years, Jen is the main character in our 2007 shark film, REQUIEM, where she sets out to prove that sharks are not the senseless killing machines that many people believe them to be.